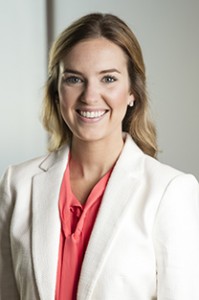 Over the past decade, Birmingham has been riding the momentum of a streak of commercial revitalization projects, including the emergence of new entertainment venues, restaurants, bars, hotels and retail shops.

While many industries have enjoyed the economic benefits of this resurgence, the commercial real estate industry has particularly seen an uptick in activity in various neighborhoods around the city.

These new attractions have drawn real estate developers to turn once vacant historical buildings into thriving hubs of commercial activity, and tenants have been showing up in droves to work in these areas of Birmingham.

This pace of development is a trend we’ve also seen throughout the Southeast, as low interest rates, pent-up demand and overall strong economic performance have combined to fuel growth across several different commercial real estate sectors.

We’re looking at what’s been driving the growth of three of the most active neighborhoods for commercial real estate.

In the Five Points South and greater Southside areas of Birmingham, much of the development has been driven by the proximity of the University of Alabama at Birmingham campus, walkability and the appeal of the community’s artisan atmosphere. Those aspects have drawn more people to enjoy the hospitality of the area as full-time residents. In response, real estate developers are planning multiple multi-use, high rise apartment projects in Southside.

These apartment projects will likely have a significant effect on the Southside area by bringing more customers for the restaurants and retail shops. The Vesta apartment complex, which is planned to be a 17-story high rise and five-story mid rise on Highland Avenue, is expected to boost the prestige of the entire area.

When you combine these aspects with the recent streak of office building sales, particularly around Highland Avenue, it’s a positive sign that activity will continue to heat up.

There’s no better place to experience the hustle-and-bustle of downtown professional life than in Birmingham’s Central Business District. The area has long been the economic epicenter of Birmingham due to many major corporations locating their headquarters to the heart of downtown over the past several decades.

As is the case with many other commercial neighborhoods in Birmingham, the Central Business District has experienced a healthy resurgence of formerly defunct or vacant properties.

The big boost for the Central Business District came with the passing of the historic renovation tax credit, which provided a tax credit to real estate developers who put in bids to renovate historical structures.

Many of the historical structures in Birmingham are located in the Central Business District, such as The Pizitz Building, which has been transformed into residential, office and retail space featuring an expansive and diverse food hall, and the Historic Federal Reserve Building, which is now a five-story office building with a popular local restaurant tenant on the ground floor.

As more commercial tenants move downtown, a slew of unique restaurant and bar concepts along 1st and 2nd Avenue North have added to the appeal and created a desirable live-work-play atmosphere for many professionals in Birmingham.

The ripples of revitalization that began in Birmingham’s Central Business District have extended into surrounding neighborhoods, most notably Avondale.

What began as a district historically devoted to manufacturing with a high volume of industrial and warehouse space has over time forged a new identity as one of Birmingham’s leading entertainment districts.

The emergence of the craft beer scene in Birmingham brought a new wave of commercial activity to Avondale. New breweries helped spawn new restaurants, which created new bars and entertainment venues that have all played a role in increasing traffic to the area.

Avondale’s array of entertainment options is a big draw for the Millennial generation. Commercial tenants are signing long-term leases and buying up offices along 5th and 6th Avenue South stretching towards Avondale to cater to the desires of their younger employees.

And due to its industrial history, Avondale is home to many properties that can easily be outfitted as industrial-office flex spaces, which offer their own unique benefits for tenants.