It’s no secret that Birmingham is evolving: New businesses, restaurants and entertainment districts are springing up around the city, creating a sense of increased energy for Birmingham’s potential among the city’s workforce and leadership.

Birmingham’s progress can be contributed to many factors, but an important piece of this story is how investors and developers are leveraging historic tax credits, the Opportunity Zones program and adaptive reuse to redevelop and revitalize buildings across the city.

Historic Tax Credits, enacted in 1976, are packages of federal incentives that encourage developers to invest in historic buildings. The program awards tax credits for redeveloping historic buildings to serve as income-generating businesses that support economic growth in communities. While the program covers a range of revitalization projects, the Birmingham area’s historic tax projects mostly revolve around commercial offices, mixed-use properties and entertainment venues. 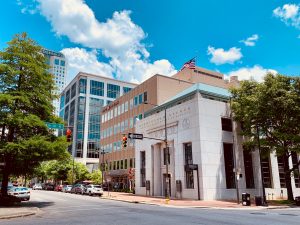 One building revitalized by the historic tax credit program is the Historic Federal Reserve Building in downtown Birmingham, which officially opened in February 2017 after a $20 million-dollar renovation project. The building once served as the Atlanta branch of the Federal Reserve Bank and now houses a range of service companies and firms, including a law firm and a marketing communications agency. The building also holds a major dining tenant.

The Opportunity Zones program, as discussed previously on this blog,  is a federal program creating economic designations that cities can leverage to spur growth – namely development and job creation – in financially unstable communities. It was created by Congress in December 2017 and subsequently added to the tax code by the Tax Cuts and Jobs Act.

Opportunity Zones provide tax benefits to private community investors who financially invest in developments within designated areas of struggling communities. The program is expected to be highly successful, with billions of dollars projected to be invested into the zones. Jefferson County contains 28 Opportunity Zones. 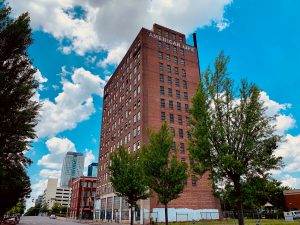 Positioned within one of downtown Birmingham’s Opportunity Zones, the American Life Building (also known as the Stonewall Building) is set for major renovations in the coming months, transforming the vacant space into 140 workforce housing units. The building is the first Opportunity Zones project in the city and will provide affordable housing to those who desire to live closer to their work. This project is expected to take about 14 months to complete.

We’ve also discussed the benefits of adaptive reuse, including cost-effectiveness, sustainability and historical preservation. Adaptive reuse is the practice of identifying old buildings or properties and repurposing them for new functions. This technique is playing a significant role in the revitalization of downtown and urban centers across the country. 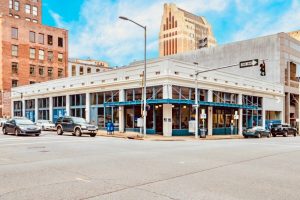 Jefferson Corner, formerly known as the Historical Jefferson Title Building, is a recent example of an adaptive reuse project. Built in 1946, Jefferson Corner today houses financial and office space, including ServisFirst Bank. This 11,250-square-foot property was converted from large-scale commercial space to financial use, featuring renovated office and retail space and open and flexible floor plans. The property serves as the perfect example of how adaptive reuse can transform a space for the future.