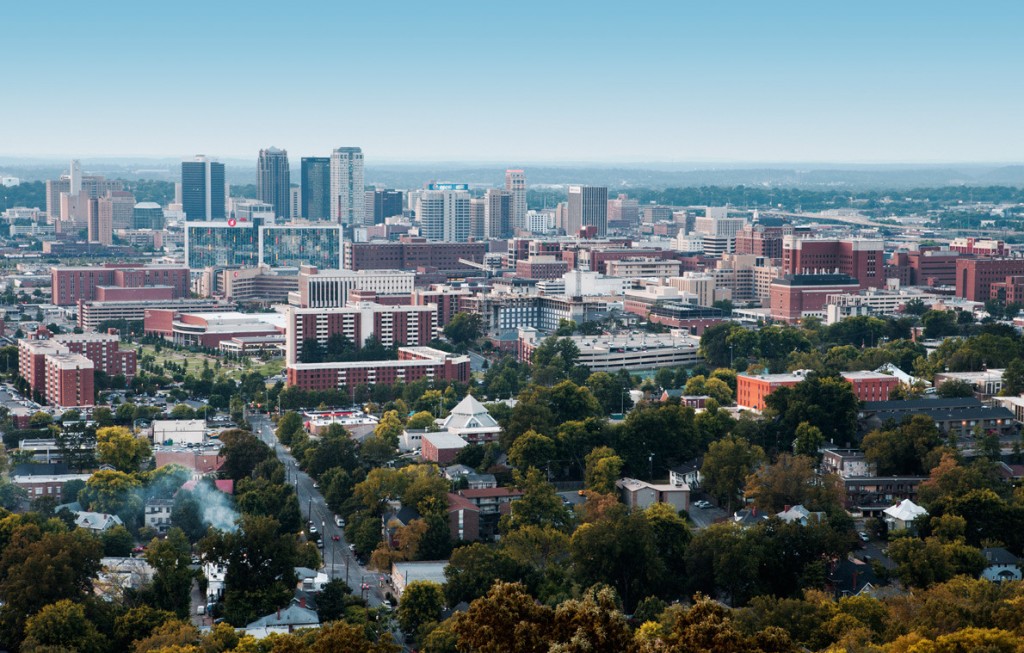 Birmingham’s commercial real estate industry experienced an active 2019, as our office brokerage team tracked and brokered transactions throughout the year that should bode well for the city and the Birmingham office market.

The marquee deal of the year was Shipt’s lease of 60,000 square feet in the newly-named Shipt Tower, which was significant for the city’s Central Business District. Several of Birmingham’s largest law firms renewed their leases downtown in 2019, which will add stability to Harbert Plaza and Shipt Tower. 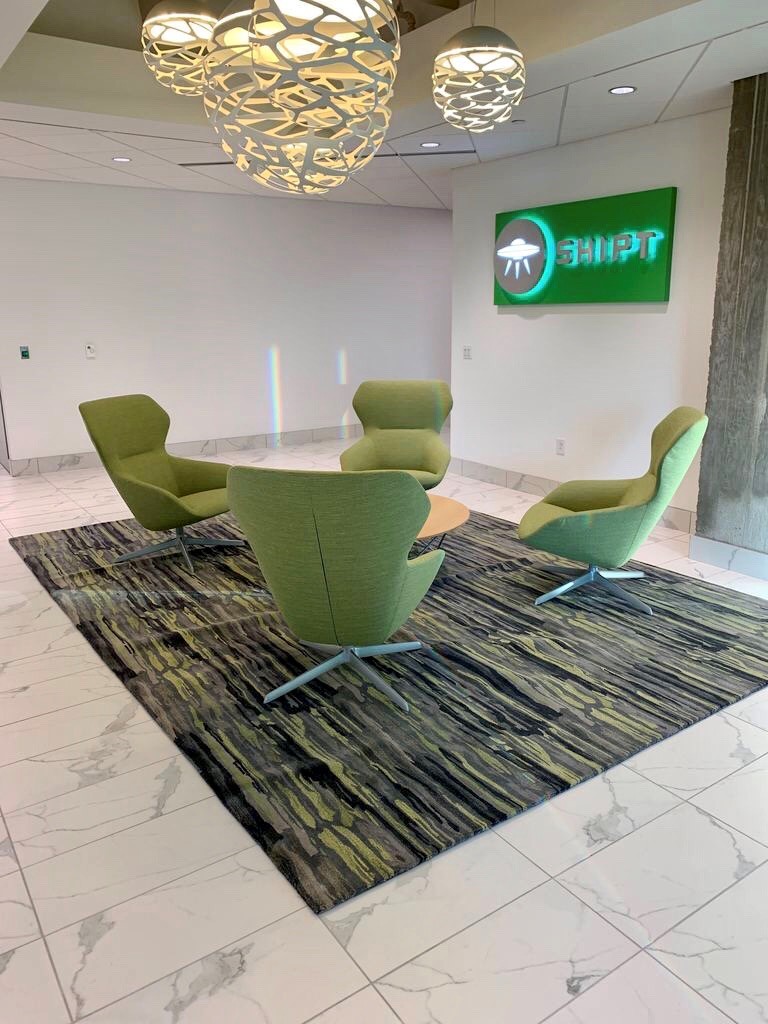 Owner occupant sales remained steady with the purchase of 2121 Highland Avenue by Progress Bank for more than $250 per square foot. Shook and Fletcher purchased a new headquarters at Liberty Park for $170 per square foot and J&M Tank Lines purchased the former Valley National Bank building for $164 per square foot.

The Hoover and 280/459 submarkets continue to have large vacancies, but the expansion of RX Benefits at the Colonnade and the Grandview Medical lease at Grandview II helped to alleviate some of that burden. Illumicare, a local startup success story, moved into a 14,000-square-foot space at the Colonnade.

Lack of white-collar job growth in Birmingham continued in 2019, but that could change in 2020 thanks to the continued efforts of Birmingham Bound and other economic development organizations. These initiatives enjoyed early success last year, thanks in part to the city offering incentives to companies that prioritize bringing jobs to Birmingham.

As the new year begins, the market is looking to the technology and biotech sectors as strong contributors to sustained growth.

Birmingham is quietly growing into a desirable destination for technology companies, and incubators such as Innovation Depot continue to be an effective breeding ground for the city’s burgeoning population of technological entrepreneurs.

While the city likely won’t see new construction of considerable-sized Class A office product prior to an improvement in vacancy rates, historic renovations should continue to play a key role in Birmingham CRE in 2020. Historic renovation projects such as the Greyhound Bus Depot and Bonds Brothers Supply Company are both slated to deliver in 2020.

Birmingham is moving in a positive direction, but a few obstacles need to be addressed to accommodate rapid growth. Parking in the Central Business District remains an issue, and high construction prices will continue to impact lease terms and building sale prices. Asking rates may also rise slightly in the new year, but actual deal terms will likely stay consistent until the market begins to absorb some of the larger vacancy blocks. On the leasing front, there is an abundance of opportunity in the suburban markets, most notably in Hoover and the 280/459 corridors. Both areas have large vacancies that would be ideal for corporate headquarter buildings or other larger operations.

We closely monitor the transaction volume and data points of the evolving CRE market in central Alabama to help clients make the most strategic, informed decisions. Birmingham remains the largest CRE market in the state, however, Huntsville and Auburn are seeing a flurry of high-profile activity and are on the rise. While Montgomery lacks the growth of Huntsville, it is looking to position itself as a steady player in the upcoming year. If you have any questions about the status of the Birmingham, Huntsville, or Montgomery office markets or if you would like to speak further about your specific needs, please contact the office brokerage team. 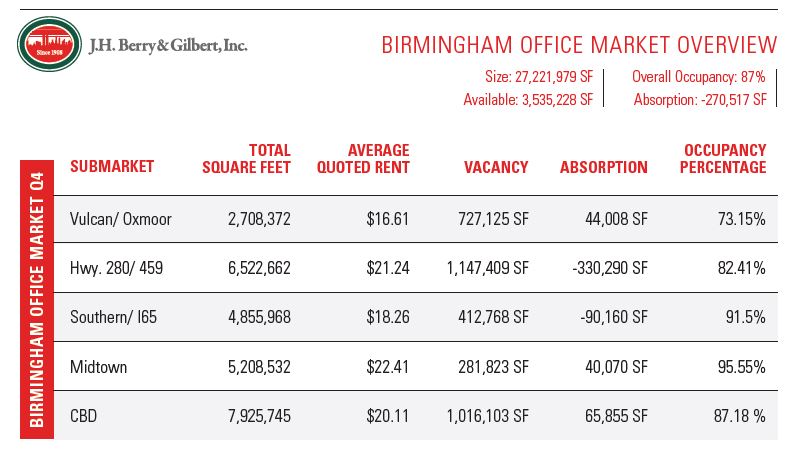 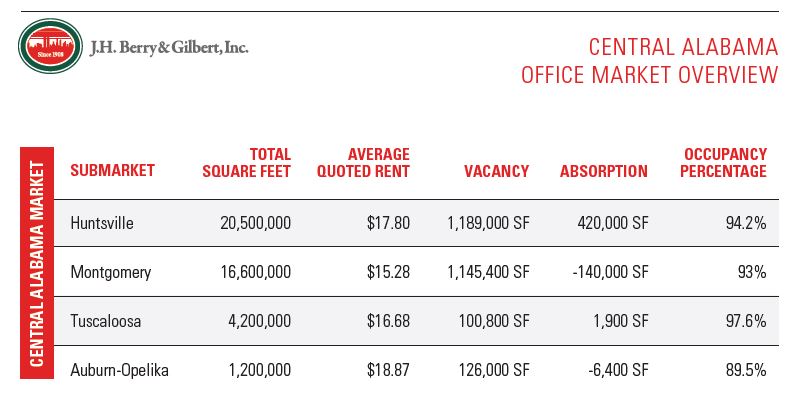