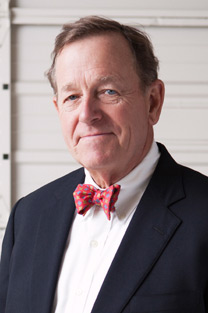 Like the other districts highlighted in our blog series breaking down the most active CRE neighborhoods in Birmingham, Avondale reflects the tremendous growth and revitalization that the city has experienced in recent years. Located near the heart of downtown Birmingham, Avondale is benefiting from the developments and growth of a major university, a wide range of dining and entertainment venues and a strengthening business presence.

Confidence in the sustainability of Avondale’s growth and the district’s future has fueled the trending practice of adaptive reuse as well as corporate and private investments in the area. The result? A bright and exciting future for one of Birmingham’s most central neighborhood and business districts.

The northern portion of the Avondale district is highlighted by the University of Alabama at Birmingham. UAB serves as an anchor for the area by attracting businesses and restaurants that cater to its vibrant and young population.

Most recently, the university purchased the former AmSouth data center on 39th Street and, in a separate transaction, the adjoining 10-acre site – a purchase that bodes well for the neighborhood as well as the expansion of Dunn Building Co., also located on 39th Street.

As Avondale continues its growth, properties surrounding UAB’s campus will be especially worth watching as they benefit from increased interest and investments in the area.

The Power of Private Investments

Much of Avondale’s growth has been supported by small, private investments – a fact that speaks to the increasing confidence that financiers have in the district’s future.

This trend is seen in the exterior renovation of Avondale Commerce Park and in the increasing number of restaurants on 41st Street and 3rd Avenue South, including one of the area’s newest attractions, Rodney Scott’s BBQ. As these venues continue to gain in popularity and traffic, we expect more business and entertainment venues to occupy nearby spaces.

The increase in deal volume and investment dollars flowing into Avondale has also peaked interest in available properties throughout the district. One space recently listed on the market is located on highly trafficked  3rd Avenue South. Totaling 27,000 square feet, this building can be leased as one or two separate properties and includes 70 on-site parking spaces.

An additional example of new properties and tenants in Avondale includes the Corona Group, which manufactures furniture and presentation products that target a variety of industries. The company announced a $2 million expansion project in North Avondale in August 2018 to house its manufacturing, distribution and operations work.

The appetite to occupy these types of buildings in the Avondale district is only set to increase, so we are preparing for heightened interest among potential tenants.

Avondale’s revitalization and bright future make it a strong candidate for a wide range of investments. The neighborhood is set to only grow in popularity, and our team is well equipped to provide expert counsel and knowledge to any potential tenants interested in a move to this district.

As we continue to highlight Birmingham’s most active CRE neighborhoods, we encourage you to check back to learn more about how the city’s commercial real estate scene is evolving. In the meantime, check out our blog posts highlighting Southside, written by Project Manager Will Hollingsworth, and the Central Business District, written by Leasing and Brokerage Associate Jake Taylor.