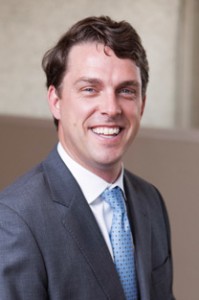 In a follow-up article highlighting the expansion of Shipt’s downtown headquarters, Philip Currie, president at J.H. Berry, recently was quoted by the Birmingham Business Journal to provide insight into the events that led to Shipt signing on as the new anchor tenant of one of the city’s largest office buildings.

As part of the leasing agreement, the office building – currently known as the Wells Fargo Tower – will become Shipt Tower in 2020. The article quotes Currie discussing how this transition could positively impact Birmingham’s reputation as a thriving community for tech startups.

“This could be the first step towards Birmingham’s skyline looking like other skylines across the country, whereby tall office towers are flagged with tech companies and not just banks or financial service companies’ names in addition to signaling that a local tech startup can be big here,” said Currie.

The transaction is a result of Shipt’s decision to expand its Birmingham headquarters following its acquisition by Target for $550 million. The company’s expansion is projected to add 881 jobs to the Birmingham market.